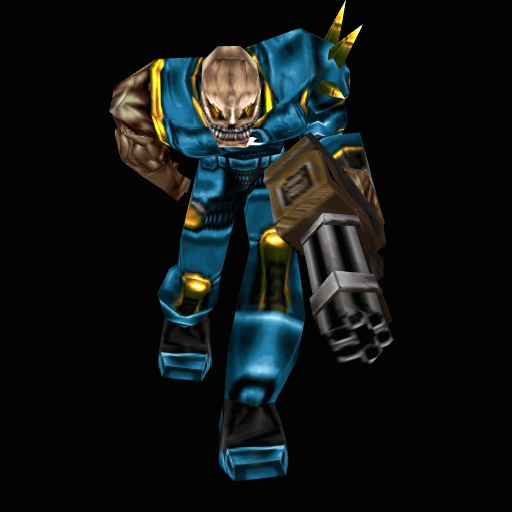 This is post is part of the ‘one threex a day’ challenge. This challenge is to publish every day one game extension for three.js! One per day, every day and that for 2month! In this post, we gonna talk about threex.md2character. threex.md2character is a three.js game extension which provides a model of a monster. His name is ‘ratmahatta’ and is from quake era. It is animated, can hold a weapon, skin may be changed. Pretty sweet. you got 12 weapons to choose from, 5 different skins and 16 distinct animations. Pretty complete! It is easy to include in your game, maybe in a cave or a dungeon :) It is from webgl_morphtargets_md2.html three.js example. The model is make by Brian Collins and converted by @oosmoxiecode’s MD2 converter.

To see the other posts about one threex a day and forget our moto! “A THREEx extension a day, gets your game on its way!”

How To Install It

You can install it via script tag

Or you can install with bower, as you wish.

How To Use It

It has simple functions to set the skin, weapon and animations.

First you create controls for your character like this

Dont forget to update it when you render with controls.update(delta, now). The character is controlled by controls.inputs properties. You just have to set them to fit your need.

It provide the base to play with the model. It is a modified version of MD2Character.js from this webgl_morphtargets_md2.html three.js example.

First you create it.

Dont forget to update it at every frame with a character.update(delta)